2018 155 min 514 views
With this film (the second war trilogy set during the Filipino-American war in the early 1900s), the revolution marches on against the Americans ...
ActionHistoryPinoy MoviesWar

IMDb: N/A 2016 108 min 416 views
Decades before the rise of liberalism in Spanish-era colonial Philippines, a young charismatic preacher leads a movement for equality and ...
DramaHistory

2015 176 min 430 views
Felix Yzagun Manalo is a sprawling historical epic that traces the origin of Iglesia Ni Cristo (The Church of Christ) which is established in the ...
DramaHistoryWar

2015 118 min 1137 views
A Filipino general who believes he can turn the tide of battle in the Philippine-American war. But little does he know that he faces a greatest ...
ActionComedyDramaHistoryWar 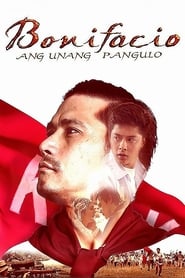 IMDb: 7.0 2014 100 min 595 views
The true story of Andres Bonifacio, a man who rose as a leader in the fight against the Spanish oppressors, and would gain the enmity of even ...
DramaHistory

2012 165 min 468 views
The film begins with his capture by Philippine and US forces under Frederick Funston’s command in 1901, then flashes back to 1886, when an ...
ActionDramaHistoryWar

IMDb: 5.8 2010 128 min 454 views
Rafael, a village mayor caught in the murderous crossfire of the Philippine-American War. When U.S. troops occupy his village, Rafael comes under ...
DramaHistoryWar

2008 110 min 441 views
In 1898, a band of Spanish soldiers heroically defended Baler against Filipino forces for 337 long and grueling days. The battle, now referred to ...
DramaHistoryRomanceWar

2002 125 min 382 views
A film showing the struggles of Lapu-Lapu and how he defended Mactan, Cebu from the invading Spanish forces.
ActionDramaHistoryWar 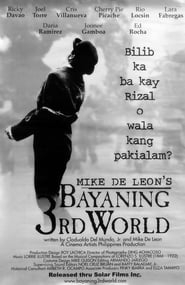 IMDb: 6.6 2000 93 min 393 views
Two filmmakers try to create a film venturing on the life of Jose Rizal. Before they do that, they try to investigate on the heroism of the ...
DramaHistoryPinoy Movies

IMDb: 7.1 1984 120 min 716 views
Three sisters live in a paradise where men are metaphorically and literally serpents of temptation.
HistoryPinoy Movies