2019 90 min 2353 views
The dramatization of the life of General Ronald dela Rosa.
ActionDocumentary

2018 93 min 158 views
Grassroots activists in the Philippines are spurred into action when a local transgender woman is found dead in a motel room with a 19-year-old ...
DocumentaryPinoy Movies

2017 203 views
This is the exclusive and untold story of a small band of men who overcame incredible odds and hunted Marwan – the Bin Laden of Asia. At ...
ActionDocumentaryPinoy Movies

IMDb: N/A 2015 80 min 410 views
A story focusing on a elite law school fraternitty, it follows a week in the lives of a neophyte, a master, and a lawyer alumnus, and crosses the ...
DocumentaryDrama

IMDb: 6.7 2015 109 min 391 views
Before he became one of the world’s greatest boxers, Emmanuel “Manny” Pacquiao was a young boy living a hand-to-mouth ...
DocumentaryDrama

IMDb: 7.2 2014 106 min 334 views
From abject poverty to becoming a ten-time boxing world champion, congressman, and international icon, Manny Pacquiao is the true definition of a ...
DocumentaryDrama 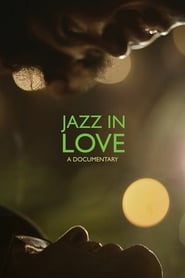 IMDb: 7.2 2013 75 min 247 views
Jazz in Love by Baby Ruth Villarama tells the story of Jazz, a young man from Davao whose dream wedding is within reach: his boyfriend of 11 ...
Documentary

IMDb: 6.9 2010 94 min 363 views
Forced to find a job as his family’s breadwinner Noy (Coco Martin) poses as a journalist commissioned to come up with a documentary ...
DocumentaryDrama

IMDb: 6.7 2010 87 min 266 views
Documentary about an American living with several Philippine women in the Philippines.
Documentary

2006 110 min 174 views
The film is based on traditional Filipino folklore, and mentions creatures such as duwende (dwarfs), manananggal (winged, half-bodied vampires), ...
DocumentaryDramaPinoy Movies